Benefiting from a very special topography, with the influence of ancient marine soils and cool climate, the terroir of Santa Barbara Wine Country is truly unique and allows local winemakers to create exceptional wines.

Santa Barbara County’s most significant and special topographical feature is its transverse mountain ranges. Along nearly all of North and South America’s West coast, mountains run parallel to the coastline. With rare exceptions, those mountain ranges shield inland valleys from the cooling winds, fog, and marine layer of the Pacific Ocean. However, in Santa Barbara County, mountains closest to the coast run East to West, perpendicular to the shore and the valleys between these transverse ranges act as funnels rather than buffers for cold air, fog, and marine layer.

As a result, Santa Barbara County is home to one of the most southerly “cool climate” wine regions in the Northern Hemisphere. 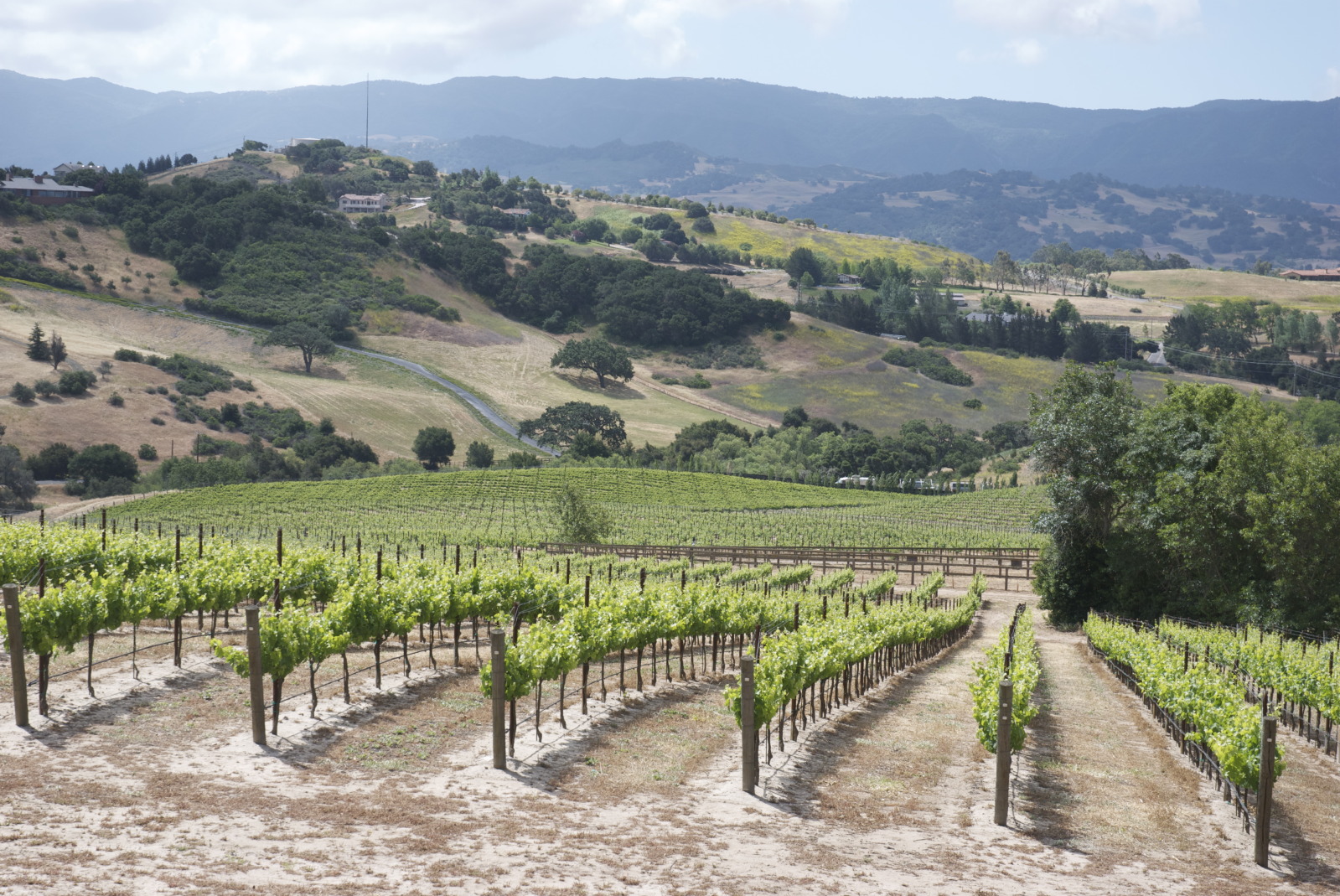 The Influence of Ancient Marine Soils

The soils of the Santa Barbara County AVAs mostly originate from the Pacific’s sea floor. Left by the receding Pacific Ocean and deposits from the Santa Maria and Santa Ynez Rivers, in many cases, these ancient marine soils imbue the grapes and wines grown from them with chalky and saline characteristics that are delicate, balanced, and perfectly communicate the place they were grown. The Influence of Cool Climate and Diurnal Swing

Despite its southerly latitude, cool climate conditions in sunny Santa Barbara County and a reliably dry fall give grapes a long, even growing season. The length of the season allows for extended “hang time” and the chance for fruit to develop flavors that are powerful and complex while still retaining balance. Large diurnal temperature swings contribute to this phenomenon: cool nights, foggy mornings and warm afternoons give grapes the chance to ripen during the day and retain acidity overnight.