As we get ready to release our 2015 vintage wines, let’s take a few moments to recall what the year in the vineyards was like. 2015 was year-three of drought here in Santa Barbara County. 2010 and 2011 were the last years we got any significant rainfall. 2012 wasn’t technically a drought year for us, although it was a warm pretty rain-free year. 2013 was the official start of the drought in our part of California. And by 2015, everybody said, “Holy sh*t, this drought’s been going on forever.” “It was a great year for taking lunch breaks and hitting the swimming pool.” As we now know, 2015 was the peak of our warm winters. It felt like we didn’t really have a winter in 2015.  None of the classic heavy marine layer “May Grey”/ “June Gloom” stuff. We didn’t get any of that in 2015; it just started getting hot early in the year. It was a great year for taking lunch breaks and hitting the swimming pool, but it created a very different pace for growth in the vineyards. Everything happened really early and fast.  The summer was hot which accelerated all the timing in the vineyards and resulted in an early harvest. In 2014 and 2015, we saw harvest dates that were earlier than anybody had ever seen here in Santa Barbara County. “Old Timers Were Pulling Their Hair Out . . .”  I know the old-timers who have been here for 30-plus years were pulling their hair out of their heads, wondering, “What’s going on? This is bizarre. Is this the new normal?” To add to the bizarre weather pattern of 2015, crop yields were really low. It may seem odd that the yield is low when you have a lot of sun and warm conditions, but those things don’t necessarily correlate. Because of that lower yield and smaller crop in 2015, everything got ripe really fast, as there was less fruit on the plant to ripen. And in retrospect, if you examine our production levels 2015, it is quite a departure. For example, in 2014 we made over 500 cases of Sta. Rita Hills Pinot Noir and in 2015 we made about 230 cases. 2015 harvest was over and done with really quickly because everything seemed to ripen at once, and crops were really low.  It was great because we didn’t have the logistical challenges that we would typically have when everything got ripe at once. “As a result, 2015 made for really dense, structured, dark, powerful wines.” When that translates into wine style, the smaller crop gave us more powerful, denser flavors, and more concentration. We didn’t just have fewer clusters, but smaller berries too, so the skin to juice ratio was a lot higher than normal.  As a result, 2015 made for really dense, structured, dark, powerful wines. As such, we barrel-aged the 2015 wines a bit longer than we typically do and didn’t bottle the wines until July of 2017. The 2015 wines are a really incredible expression of the unique climatic factors at play that year. Stylistically, the wines are structured and tasting great now. They required four years of barrel and bottle ageing to soften and open up, but we are incredibly proud of how they turned out.  Maybe the best part is I think the 2015’s are going be they’re going be some of the longest-lived wines of the decade and definitely an excellent vintage to buy extra of and stash some in your cellar. by Matt Brady, Winemaker
Share with Friends! 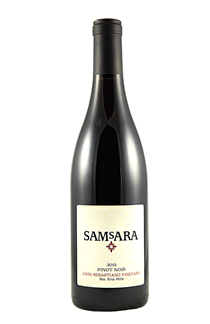